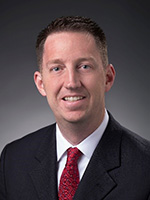 Scott Davis, FACHE joined HCA Houston Healthcare Northwest as Chief Executive Officer (CEO) in March 2019. In his role, he will oversee the management and operations of the hospital ensuring both service line and overall strategic goals align with the development of the organization's vision and strategic plan.

Tricia McGusty joined HCA Houston Healthcare Northwest as Chief Operating Officer (COO) in 2019. In her role, she is responsible for ensuring consistent department and service line strategy alignment as well as hospital facility initiatives including building maintenance, quality improvements and the overall environment of care.

McGusty joined HCA Healthcare in 2019. In her previous role, she served as the facility's vice president of business development. McGusty served in various roles at HCA Houston Northwest while the facility was owned by Tenet Healthcare.

She earned a bachelor's degree in biology and psychology from Houston Baptist University and MBA in leadership from the University of Houston Downtown. She currently serves as a board member on the D. Bradley McWilliams YMCA at Cypress Creek. 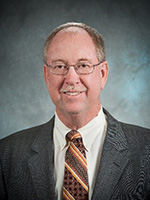 Thomas Holt, CPA, was appointed as Chief Financial Officer (CFO) at HCA Houston Healthcare Northwest in 2018. With over 25 years of experience, Holt oversees management of all financial departments, allocation of resources and preparation of the annual budget, including accounting and health information.

He joined HCA Healthcare in 1990. In previous roles, he served as CFO at HCA Houston Conroe, as well as CFO at West Houston, Fort Bend and Sugar Land Diagnostic and Surgical Center. He also served as CFO at Northwest Hospital in Corpus Christi, Texas.

Holt earned a bachelor's degree in accounting and an MBA from Bloomsburg University in Pennsylvania. He is a member of the Healthcare Financial Management Association (HFMA) and has served on a variety of community organizations. 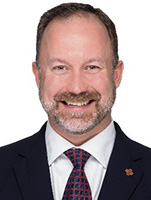 Joining HCA Healthcare in 2013, Mills has over 17 years of nursing experience and has served in various roles at HCA Gulf Coast Division including Assistant Chief Nursing Officer (ACNO) at HCA Houston Northwest, vice president of clinical informatics for HCA Gulf Coast and as pediatric and trauma director at The Woman's Hospital of Texas Pediatric Center.

Mills earned a Bachelor of Science in nursing from Texas A&M University-Corpus Christi and a master's degree in business administration from Houston Baptist University. He is a graduate of the HCA Leadership Institute Advanced Leadership Program. Mills has served in numerous leadership roles and currently serves as a member of the American Nurses Association, American Nurse's Informatics Association, Texas Nurse's Association, Texas Organization of Nurse Executives and Houston Organization of Nurse Leaders.