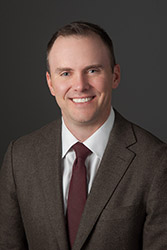 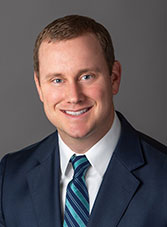 Prior to joining HCA Healthcare, Bamburg had the unique opportunity to work regionally in 11 states concentrating in managed care, network operations and physician alignment with combined experience from both the payer and provider perspective.

Bamburg attended Southwestern Oklahoma State University on an athletic scholarship where he earned his Bachelor's degree in Healthcare Administration and his Masters of Business Administration from Oklahoma City University. He is board-certified in healthcare management and recognized as a Fellow of the American College of Healthcare Executives. Prior to that, she supported the HCA Gulf Coast Division from 2019-2021 as the vice president of finance. During her tenure as the Division VP, she supported HCA Houston Healthcare Medical Center as its interim CFO and chief staffing officer. She is an HCA veteran and has held leadership roles at St. David’s North Austin Medical Center in Austin, Texas, Medical City Plano in Plano, Texas, and Sunrise Hospital and Medical Center in Las Vegas, NV. 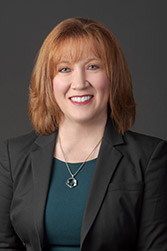 Byerman is a tenured nurse leader with comprehensive clinical experience spanning more than twenty years with HCA Healthcare. Throughout this time, she has served in multiple nurse leadership roles, including most recently as assistant chief nursing officer at HCA Houston Healthcare Conroe.

As a clinical leader, Byerman seeks to leverage her ability to form strategic partnerships, identify leaders and foster growth and development in nursing to create a culture of excellence at HCA Houston Healthcare Medical Center.