Megan Marietta serves as the Chief Executive Officer of HCA Houston Healthcare West. Marietta currently serves as a member of the Houston West Chamber of Commerce Board of Directors. Marietta has received several honors and accolades, most recently honored for her dedication and commitment to the community and named the 2016 FamilyTime Women of Achievement in Medicine.

Prior to her tenure at HCA Houston Kingwood, Megan served in an Associate Administrator role at The Woman's Hospital of Texas after completing her administrative residency.

Dr. Mendoza has more than 18 years of clinical practice across the clinical care continuum, including emergency, ambulatory, home, post-acute and acute care. He also held several progressive leadership roles prior to joining HCA Houston Healthcare. Most recently, he had corporate oversight for multiple areas across the Adventist Health System. Dr. Mendoza served as System Vice President of Medical Affairs. He was Vice President and CMO of Care Management and CDI. Additionally, he was System CMO for the Hospital at Home, providing acute care for patients in their homes across multiple markets and states. Prior to his time at Adventist, Dr. Mendoza served as system medical director of care management for Memorial Hermann Health System for almost four years.

Kenny Russo is the Chief Financial Officer at HCA Houston Healthcare West. In this role, he is responsible for managing financial operations and will analyze and explore means of reducing hospital operating costs and increasing revenues.

Before joining HCA Houston West, Russo served as the chief financial officer at Hill Regional Hospital in Hillsboro, TX, and at The Woman's Hospital of Texas. He serves on the board of directors for The Immunization Partnership and has a certified healthcare finance professional certification from the Healthcare Financial Management Association. 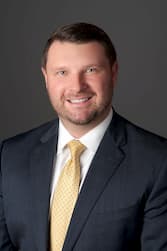 Justin Brewer was appointed chief operating officer (COO) at HCA Houston Healthcare West in October 2020. In this role, he is responsible for providing oversight to all operational and ancillary departments as well as providing strategic leadership for service line development and capital efforts.

Prior to joining HCA Houston West, Brewer served as the associate COO at The Woman's Hospital of Texas and assistant administrator at HCA Houston Healthcare Kingwood, Medical Center of South Arkansas and Weatherford Regional Medical Center.