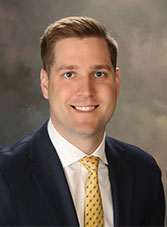 Corbeil earned both his bachelor's degree in business administration and his master's degree in health administration from the University of Iowa. He is a member of the American College of Healthcare Executives and Leadership North Texas. He is also a board member of The University of Iowa's College of Public Health and The Lake Houston Chamber of Commerce, which is focused on community involvement, economic development, and city planning. 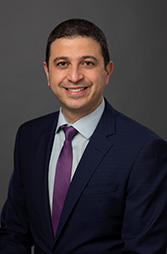 Ahmad Maarouf, MD, was appointed as chief medical officer (CMO) at HCA Houston Healthcare Kingwood in October 2022. In his role, Dr. Maarouf is responsible for ensuring high quality, patient-centered care through clinical and quality initiatives that support the provision of consistent clinical performance and practice standards across the hospital.

Dr. Maarouf comes to HCA Houston Healthcare Kingwood from HCA Houston Healthcare Northwest, where he served as CMO and was instrumental in elevating care at the hospital through his close work with physicians and clinical staff. Before his tenure with HCA Houston Healthcare, Dr. Maarouf served in numerous medical directorships and chairmanships with Beaumont Health - Trenton. He has also held positions as clinical assistant professor at Michigan State University and associate program director for the Internal Medicine Residency Program at Beaumont Health – Trenton. He also served as an advisory board member for LifeGift.

Dr. Maarouf received his medical degree from Damascus University College of Medicine and completed his residency in internal medicine at Western Reserve Care System/Forum Health. He completed a nephrology fellowship and a critical care fellowship at the University of Pittsburgh Medical Center. He holds an MBA from Case Western Reserve University. Dr. Maarouf is board certified in internal medicine, nephrology and critical care. 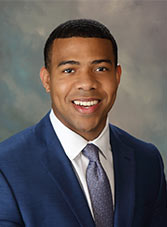 Joel North was appointed Chief operating officer (COO) at HCA Houston Healthcare Kingwood in August 2020. In his role, he is responsible for ensuring consistent department and service line strategy alignment as well as hospital facility initiatives, including construction, new equipment, quality improvements, efficient utilization, and the overall care environment of the facility.

A native Houstonian, North earned his bachelor of arts in medical humanities and a master’s of business administration with a specialization in healthcare from Baylor University. He is a member of the American College of Healthcare Executives and a board member of the Greater East Montgomery County Chamber of Commerce. 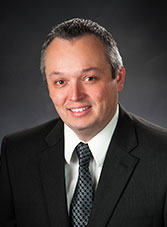 Winslow graduated from South Puget Sound Community College in Olympia, WA where he earned his associates in technical arts degree in computer programming. He then went on to receive his bachelor of science degree in accounting from the University of Tampa in Tampa, FL.