As a major contributor to the economic success of the area, HCA Houston Healthcare Southeast has represented the city as one of the best patient care facilities winning numerous awards such as Houston Business Journal’s Best Places to Work (9 years running) and Modern Healthcare’s Best Places to Work in Healthcare (two years running), along with accolades from Healthgrades and the American Heart Association. The hospital recently earned a Leapfrog Hospital Safety Grade “A” for its commitment to patient safety. Only about 32% of healthcare facilities achieve this elite Safety Grade.

On January 22, 1962, twenty-six physicians first opened the doors of HCA Houston Healthcare Southeast to the community as a three-story building surrounded by empty fields and a few physician offices. As the community grew, so did the facility.

“Those founding physicians had a vision to bring quality healthcare to Southeast Harris County,” said Pasadena Mayor Jeff Wagner, who attended the hospital’s anniversary celebration. “That vision is realized today in the exceptional care that takes place in these walls every single day.”

Over the years, the hospital underwent a series of renovations, adding patient care towers, expanding its emergency rooms and operating rooms, built the region’s first freestanding emergency room and pioneered hospital-based midwifery care to the community. The facility recruited over 400 board-certified physicians from across the world to provide state-of-the-art care for every specialty. In 1995, the facility added a neonatal intensive care unit (NICU) to its existing services for women and children. HCA Houston Healthcare Southeast has been an accredited bariatric center since 2007. More recently, the hospital opened the Center for Neurosciences and Orthopedics in January 2019 and is currently developing a state-of-the-art cardiovascular unit that will open in Spring 2022.

“The partnership that we’ve had with HCA Houston Healthcare Southeast through the years has been truly remarkable,” continued Mayor Wagner as he addressed colleagues attending the celebration. “Every time our community has called on this hospital, you’ve responded. We thank you for that.”

Looking to the future, HCA Houston Healthcare Southeast continues to expand services to meet the growing needs of the community. They most recently opened a Women’s Care Center in Baytown, the first HCA Houston Healthcare site in the city of Baytown. The hospital has also expanded surgical services, having recently added a second surgical robot for minimally invasive procedures. Additionally, the hospital purchased the former Kindred Hospital in Pasadena, which it plans to renovate into a more modern extension of the facility’s main campus.

“Above all else, we are committed to the care and improvement of human life,” said Jeanna Bamburg, chief executive officer since 2012. “That has been especially evident these last two years as our colleagues and physicians have come together to battle a worldwide pandemic. Today is a celebration of our entire healthcare team; physicians, colleagues, volunteers and board members. I am immensely proud of how our team has given of themselves to ensure the continued high-quality, compassionate care of those we are called to serve.” 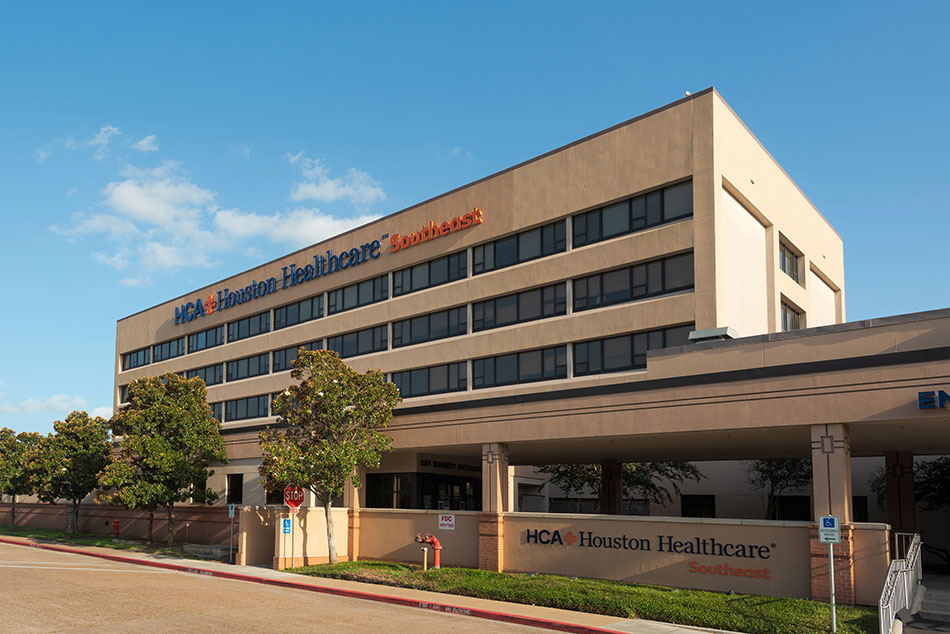 HCA Houston Healthcare Southeast opened its doors on January 22, 1962 and continues to be a significant healthcare resource and community partner for the residents of Southeast Harris County.