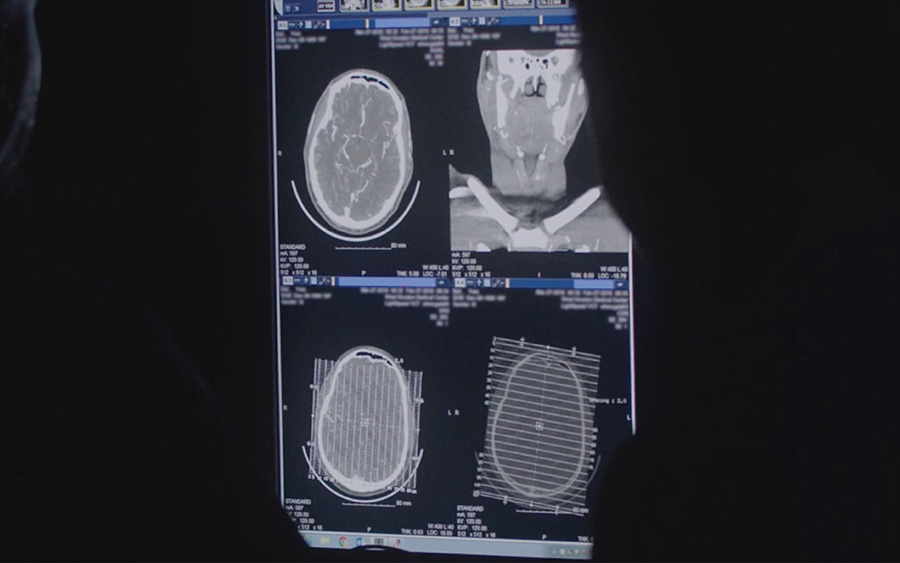 It’s hard for Dr. Mohamad Ezzeldin to forget 2018, what he considers to be a game-changing year for stroke treatment. This was when the treatment guidelines for mechanical thrombectomy — a minimally-invasive procedure used to remove blood clots from arteries and veins — was extended from 6 to 24 hours following the onset of stroke symptoms.

At the time, the new guidelines were revolutionary. After all, if a patient could not reach proper care immediately, they could still possibly benefit from treatment even hours later, and most importantly, potentially avert death or permanent disability.

“It was an exciting time and it changed the world of stroke treatment completely,” he says.

Today, thrombectomy performed at the 24-hour mark — and sometimes even beyond — is common practice at HCA Houston Healthcare Kingwood, but Dr. Ezzeldin has his sights set even higher. As the medical director of the hospital’s Comprehensive Stroke Center and neuroendovascular surgery department, Dr. Ezzeldin has made it his mission to continuously improve the care offered to Kingwood residents through leading-edge technology. 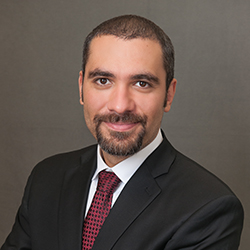 As of late, that leading-edge technology has come in the form of medical devices to assist in clot removal, aneurysm repair and other life-saving treatments relating to the head, neck, spine and brain. Within the past year alone, HCA Houston Kingwood has participated in more than a dozen procedures that have credited the hospital as the "first" in some capacity – whether it be the first to use a new medical device in the Greater Houston area, the first in HCA Gulf Coast Division (which includes 13 HCA Houston Healthcare and three South Texas hospitals), or the first in the HCA enterprise nationwide, which encompasses 185 hospitals and more than 2,000 sites of care across 21 U.S. states and the United Kingdom.

Most recently, Dr. Ezzeldin and his team successfully treated a patient suffering from a complex blood clot that formed in the venous sinuses of the brain with a new, larger type of catheter. Because of its unique flexible design, the catheter removed the blood clot in the brain more quickly and completely, thus improving the outcome for the patient. Only a handful of surgeons in the world have used this catheter as of now, and Dr. Ezzeldin has already employed it twice. His first case was in January 2022, when HCA Houston Healthcare Kingwood became the first Texas hospital in the HCA enterprise to do so.

It's all part of his efforts to push advanced care closer to home and improve access for those who may need it most, he says.

“Most people know that when it comes to stroke, ‘time is brain.’ But that really becomes more critical when you’re further out in more remote areas,” Dr. Ezzeldin says. “Because of the limitations of geography and the limited number of stroke centers available, not everyone will be able to get access to optimal stroke care unless they are directed to a stroke center like ours.”

The word “optimal” is key.

As a DNV GL - Healthcare Comprehensive Stroke Center, HCA Houston Healthcare Kingwood is certified to offer 24/7 life-saving stroke care with incredible speed and accuracy. With less than 100 certified centers across the nation, the Kingwood hospital is currently just one of 27 hospitals in the state of Texas to be recognized with this certification, and it’s the only comprehensive stroke center in the Lake Houston area.

While hospitals identified as a primary stroke center are equipped to administer thrombolytics – a treatment to dissolve dangerous blood clots – only a comprehensive stroke center offers additional neuroendovascular procedures.

During these procedures, blood vessels to the brain are accessed through an image-guided catheter in the groin, which allows for an easier, less invasive surgery when treating blocked arteries in ischemic stroke patients, as well as those suffering from bleeding hemorrhagic strokes and aneurysms that can lead to a ruptured artery.

“We treat the majority of stroke and aneurysm cases with minimally-invasive techniques – and that includes the use of breakthrough devices,” says Dr. Ezzeldin.

Such breakthrough devices have included a micro-catheter that quickly fills an aneurysm with coils, blocking it from an artery so it can no longer fill with blood and rupture. Other aneurysm treatment procedures have involved the newest generation of "flow diverters" – a stent-like device that redirects blood flow without the need to enter an aneurysm, which is often considered to be the riskiest part of endovascular treatment of aneurysms. HCA Houston Kingwood is among some of the first in Texas and the nation to implant these cutting edge flow diverters.

Neuroendovascular procedures such as these are particularly impactful because they reduce the risk of bleeding and recovery time compared to other treatment methods. Most significantly, neuroendovascular procedures at HCA Houston Kingwood are performed by board-certified and fellowship-trained physicians and surgeons. These distinguished titles are only earned after demonstrating the highest level of expertise in their specialty.

"Whether a patient arrives by EMS or directly walks through our doors, they should know they're in the best hands," Dr. Ezzeldin says. "There's nothing with a higher acuity than this."

While knowing where to go for treatment is critical, recognizing the signs of stroke and aneurysms is just as vital. If you think you or someone else might be having a stroke, remember to “BE FAST” — a handy acronym that stands for balance, eyes (blurred vision), facial drooping, arm weakness, speech difficulties, and time to call 911.

Similarly, seek immediate care if you or someone you know experiences a sudden, incapacitating headache, blurred vision, seizure, stiff neck, and nausea or vomiting, which may indicate a ruptured aneurysm.

Benefits of daily meditation for depression and...

May 25, 2022
Although meditation isn't a cure-all for depression and anxiety, those who meditate consistently can see improved mental health.
Previous Post

Using an air purifier for allergies, asthma and...

May 12, 2022
Air purifiers have been increasingly popular over the past few years, as more people are spending time at home.
Next Post
Back to blog home

Motorcycle crash survivor: Because of everyone here, I am able to walk