Colorectal cancer didn't have me 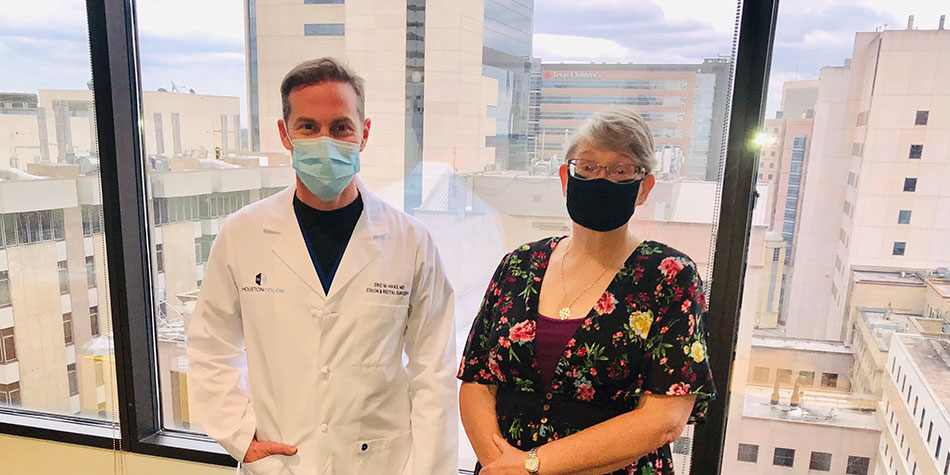 Colorectal cancer is the third most common cancer diagnosed in both men and women in the United States, and the lifetime risk of developing colorectal cancer is 1 in 23 for men and 1 in 25 for women, according to the American Cancer Society (ACS). In most cases, colorectal cancer is diagnosed upon initial exam and biopsy, but for Yvonne Vives, a mother of four and Montgomery county resident, her unique journey was far from textbook.

Yvonne didn't notice the signs that something was wrong immediately, but over time, she started to see abrupt symptoms repeatedly, even when she made changes to her daily eating habits.

“I've had symptoms for 15 years,” she said. “I thought an energy drink that I would sip on during lunch while working was causing my symptoms, but my symptoms didn't stop.”

While traveling with her sister, she noticed her symptoms started to take a turn for the worst and experienced abrupt gastro-intestinal issues three to four times a day. Her sister suggested that she should make a doctor's appointment for a complete physical.

“There were times when I felt like I didn't get everything out and did not have a regular bathroom schedule,” she said. “My symptoms reminded me of my father's symptoms when he had esophageal cancer and that's what alarmed me as well.”

Yvonne's colonoscopy revealed two polyps (a growth on the inner lining of the colon or rectum) that were found and removed. A large tumor was also discovered during the colonoscopy but was too extensive to remove without additional surgery. She was referred to Eric Haas, M.D., a colon and rectal surgeon at HCA Houston Healthcare Medical Center, who helped develop a new minimally invasive surgical procedure called the Natural Orifice IntraCorporeal Anastomosis with Extraction of specimen (NICE) procedure.

The NICE Procedure is the first refined robotic-assisted surgical procedure that uses the body's natural orifices to gain access to remove cancer. Dr. Eric Haas, along with Dr. Jean-Paul LeFave and partners at the Houston Colon Practice, developed this refined breakthrough procedure in 2018 to help treat colon cancer and avoid traditional surgery.

“The NICE procedure allows us to go in through the body using a natural orifice and remove the tumor without making a large incision that requires extended healing, and prevents large scarring and incisions so patients can heal without taking narcotics,” said Haas. “We've completed about 300 NICE procedures since May 2018. This procedure does not have age or weight restrictions and can even be performed on cases of diverticulitis and endometriosis.”

Cancer diagnoses can be overwhelming and distressing. It wasn't until after surgery, when the tumor came back from testing that Yvonne was informed that it did in fact contain cancerous cells but had not spread. She then needed to complete chemotherapy due to finding additional malignancies on surrounding lymph nodes, but her spirit remained unwavering .

”I didn't know I had cancer,” she said, "But I tell people all the time — I had cancer, but cancer didn't have me.” 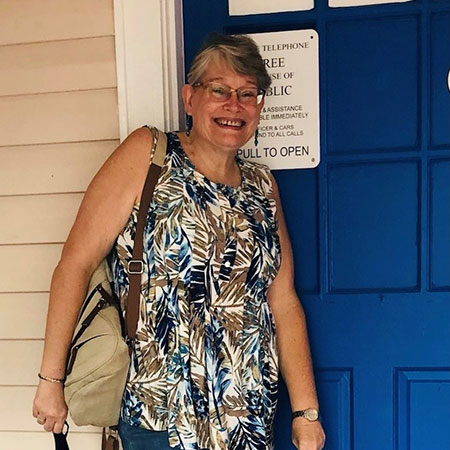 Days after surgery, Yvonne noticed she was still able to perform daily activities without any over-the-counter pain medications and was healing comfortably at home.

“The only pain I felt was the day after surgery when traveling home due to all the potholes on the road,” she said. “It took a few days to recover, but I was never in pain after surgery.”

After recovery, Yvonne started a 12-week chemotherapy course over a 6-month period and has received two infusions so far with plans to complete the entire course in July as precaution to lymph nodes found on her colon during surgery.

“I wish I had done something sooner,” she said. “I feel very lucky because I lost an uncle to cancer, my father to esophageal cancer, a cousin to pancreatic cancer and another cousin to leukemia, so I want to make sure my children take precautionary measures as well.”

The ACS recommends people at risk of colorectal cancer start regular screenings at age 45. Colorectal cancer signs and symptoms include changes in bowl habits, cramping or abdominal pain, and fatigue.

At the onset of the COVID-19 pandemic, elective medical procedures, including cancer screening, were largely put on hold to prioritize urgent and emergency care needs and reduce the risk of spreading COVID-19. One consequence of this has been a substantial decline in cancer screenings.

“We have seen more patients show up in an emergency situation with full blown obstructions over the past year,” Haas said. “Don't hesitate to see your physician if you are experiencing any symptoms. We have specific protocols in place to help patients get the care they need during the pandemic.”

Story of a calling: Saba

April 16, 2021
The COVID-19 pandemic has made this a challenging time for nurses, but especially so for nurses who are at the beginning of their careers.
Previous Post

Learn about colorectal cancer and the importance of preventive screenings.