Motorcycle crash survivor: Because of everyone here, I am able to walk 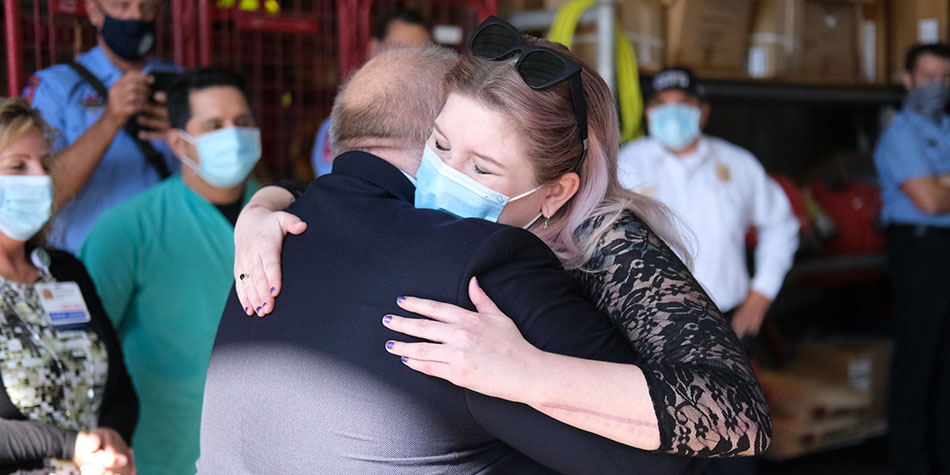 Sophia Beattie remembers putting on her helmet and leather jacket before heading out to dinner with her boyfriend on the back of his motorcycle. As they merged onto South Padre Island Drive near Naval Air Station Corpus Christi, a truck hit them from behind. She has no memory of what happened next on November 15, 2020.

Two weeks after the accident, Sophia awoke from a coma. “When I opened my eyes, I saw my boyfriend sitting in my room and everything was foggy,” she says. “I was confused as he told me what happened. I tried to communicate with the nurse that I wanted a soda, but I couldn’t speak because of the tracheotomy.”

According to the Texas Department of Transportation, on average, a motorcyclist is killed in a crash on Texas roads every day—last year 482 died. Motorcyclists account for 12% of all traffic fatalities statewide. More than half of fatal motorcycle crashes result from collisions with other vehicles. Drivers don’t see the motorcycle or misjudge its distance and speed. The small size of motorcycles can make them appear farther away when they’re actually closer.

Ryan Stouffer, Sophia’s boyfriend, was thrown to the side of the road and suffered a broken tibia. Sophia was launched off the motorcycle and dragged by another vehicle. She suffered severe road rash and multiple life-threating internal injuries including bleeding in the brain; rib fractures; bleeding from a shattered spleen, liver and pelvis; broken extremities including her shoulder, arm and elbow; facial fractures and both sides of her jaw.

“Sophia was in critical condition and unable to breathe on her own,” said Aurelio Delagarza, firefighter paramedic with the City of Corpus Christi Emergency Medical Services (EMS). “We knew we had to get her to the closest hospital emergency room (ER) and trauma center as soon as possible to save her life.”

Sophia and Ryan were brought by ambulance to the hospital where the accepting ER physician, Dr. Trenten Martinez, coordinated Sophia’s care along with Dr. Thomas Goaley, medical director of trauma services, in addition to a team of surgeons, critical care nurses and support personnel.

Sophia remained hospitalized until January 11, 2021. During her stay, she endured 10 operations. Postoperatively, she received extensive physical therapy, occupational therapy, speech and respiratory therapy, which helped her recover and learn to walk and to perform daily activities again.

Sophia was beloved by the hospital staff and gained many friends during her 68-day stay. One of her fondest memories was during the Christmas holiday when the physical therapists decorated her room with a Christmas tree. “The nurses and therapists were all the best,” says Sophia. 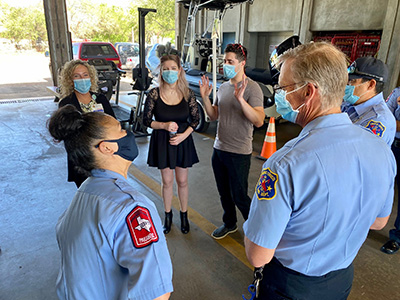 Today, Sophia and Ryan have made full recoveries. They were recently reunited with the EMS team and the Corpus Christi Medical Center Bay Area physicians, nurses and physical therapists who provided their care.

“I am blessed to be alive. Because of everyone here, I am able to walk again. Thank you all for giving me my life back,” she says.

Sophia’s future plans include enrolling in college and obtaining a degree in forensic science. Her dream is to help others and support law enforcement in fighting crime.

“At Corpus Christi Medical Center, we care for our patients like they are our family,” said Eric Evans, Chief Executive Officer at Corpus Christi Medical Center. “Sophia’s successful recovery is a testament to the outstanding work of our physicians, nurses and healthcare professionals who work at our facilities. We exist to give people a healthier tomorrow and we’re proud to be an essential healthcare resource for the community, especially when they need us most.” 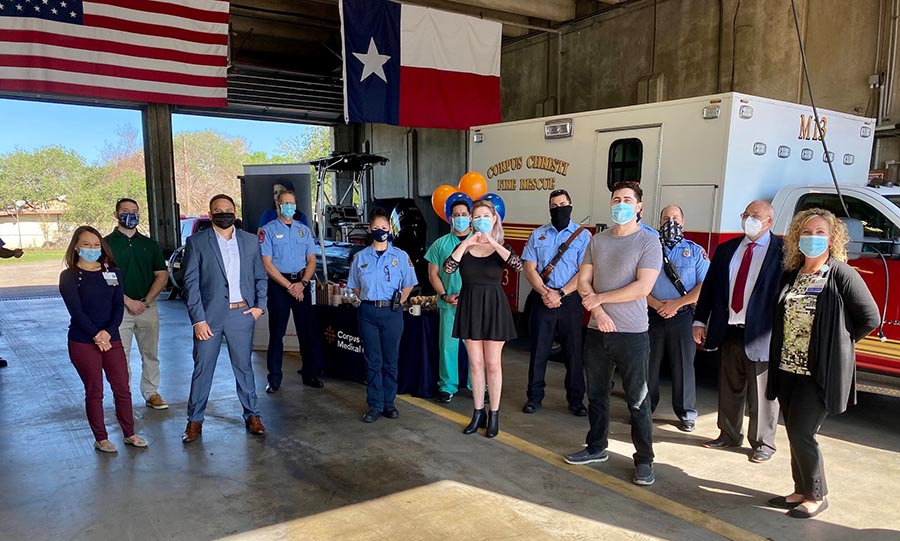 July 12, 2021
As summer starts, more people will be spending time outside doing activities like grilling and swimming.
Previous Post

June 29, 2021 by Tayla Holman
A health risk assessment can encourage you to take steps you might not have taken previously in support of your health.
Next Post
Back to blog home

When to visit the emergency room for an allergic reaction

When to go to the ER for stomach pain