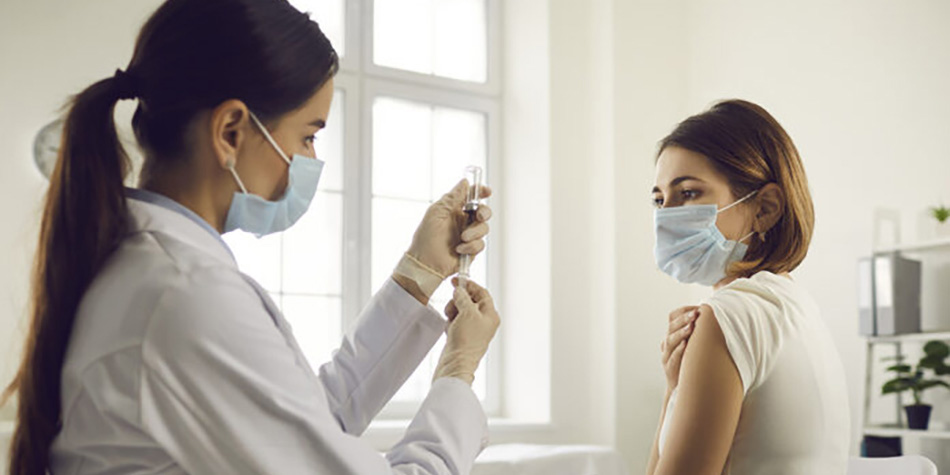 Flu season in the United States typically lasts from October until May, although most activity peaks between December and February, according to the Centers for Disease Control and Prevention (CDC). The agency recommends that everyone age 6 months and older get the flu shot, preferably by the end of October. Here are four things you need to know about this flu season.

Flu activity during the 2020-2021 season was unusually low despite an increase in testing, according to the CDC. (For some added perspective about the seriousness of the flu, even in a “down year,” it’s estimated that more than 400,000 patients were hospitalized last season with flu complications.)

As a result of COVID-19 prevention measures such as mask wearing, increased hand washing and social distancing, there were significantly fewer cases, hospitalizations and deaths related to the flu this past season. "Those non-pharmaceutical interventions are also very effective against flu, perhaps more effective against flu than against COVID," says Dr. Kenneth Sands, Chief Epidemiologist at HCA Healthcare.

If these COVID-19 precautions decrease or stop, it may lead to an increase in flu cases. Both viruses spread from person-to-person when people are in close contact, and both spread through virus-containing particles that are expelled when people talk, sneeze or cough. The flu can also spread by touch, either by touching a person who has the virus on their hands or by touching a surface that has the virus and then touching your eyes, mouth or nose.

Although it's still early, many scientists and experts are expecting the 2021-22 flu season to be more severe than last year's.

"There's this concept of background immunity in the community," Dr. Sands says. "If a certain number of people had the flu [last season], that means some level of immunity is circulating in the community, and that makes it harder for flu to spread around at the beginning of [the next] flu season." However, because there was relatively low flu activity last season, people may be more susceptible to it this year, and it may be easier for those who get the flu to spread it to others.

2. The elderly and those with chronic conditions will benefit the most from the flu shot.

Although the flu shot is beneficial for everyone who is eligible to receive it, the elderly and people with underlying chronic conditions or immunosuppression will benefit the most from being protected against severe illness due to the flu, according to Dr. Sands.

"It's really important for everyone to get the flu vaccine because of the ability for anyone to transmit flu to others who may be susceptible to a severe illness," Dr. Sands says. "And, the idea of getting a high level of immune protection in the community is also very important for influenza."

Although the main risk of not getting the flu shot is getting the flu and the resulting illnesses, it also makes it easier for you to spread the virus to someone else, even if you have a mild case. You could pass the flu on to people who are more vulnerable, like the elderly or those with chronic conditions, even if you are not in one of those categories.

3. The flu shot can be given at the same time as the COVID-19 vaccine.

The CDC has updated its recommendations and says that it is safe to get the flu shot and the COVID-19 vaccine at the same time.

Both vaccines are safe, and although the flu and COVID-19 are both primarily respiratory illnesses (meaning they affect the lungs and other parts of the respiratory system), the two vaccines offer protection in different ways.

Dr. Sands also notes that even though the vaccines can be received at the same time, it is recommended to use two different limbs instead of getting both shots in the same one.

4. The flu shot changes from year to year.

Even if you have been vaccinated against the flu in the past, you should still get the flu shot each year. This is because, as Dr. Sands explains, "The flu vaccine changes every year to keep up with changing strains of flu that appear each year. When there are new strains circulating, the population is more susceptible. Additionally, some years the flu will be more contagious than other years."

It's also important to note that the flu vaccine doesn't work right away. It takes about two weeks after receiving the vaccine for the antibodies to develop and start providing protection, which is why it's best to get the vaccine as early as possible.

Remember that getting the flu shot protects you but also helps protect your loved ones and others in your community as well.

October 14, 2021 by HCA Houston Healthcare
Kathy Lohberg has a message for those who may be putting off their annual mammogram: Don't.
Previous Post

October 4, 2021
While many Americans are now fully vaccinated against COVID-19, a COVID booster shot may be available in the near future.
Next Post
Back to blog home

How many types of diabetes are there?