Using an air purifier for allergies, asthma and other health concerns 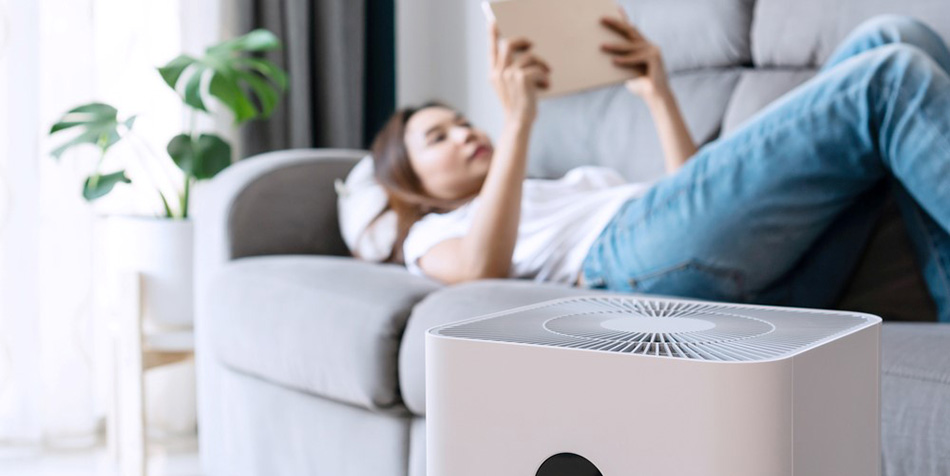 Historic wildfires combined with a once-in-a-century airborne pandemic put air purifiers on the world's radar in 2020. Within weeks, many shelves sold out as shoppers sought cleaner indoor air for themselves and their families.

It seems they were on to something. With new interest and data coming in from these machines, scientists have gained a better understanding of the health benefits of using an air purifier for allergies and asthma, as well as other ailments.

If you're considering getting one yourself, research shows that could be a good idea. Still, there are some caveats to consider first. Here's what you need to know.

Although there are many types of portable air purifiers, the most widely studied ones involve mechanical filtration. These purifiers use a fibrous filter that removes small particles from the air as it circulates through the machine. And that's a good thing since some particles found indoors — like smoke — can be tiny, invisible and dangerous. Generally, the higher the fan speed and longer the purifier runs, the more air gets filtered.

Sometimes, air purifiers will also feature an activated carbon filter. These models use sorbent filters to capture some harmful gases from the air, such as ozone (the stuff that makes up smog).

Designed to be small and portable, air purifiers are tools for individual rooms rather than whole houses. You can generally find square footage on the label to help you determine whether the product will work for the intended space.

Benefits of using an air purifier for allergies and asthma

Air purifiers can be beneficial for lots of people — especially those who may be more vulnerable to respiratory problems or polluted air, such as people with asthma, allergies, heart conditions or other health concerns.

However, these benefits may be modest. While several studies have found that purifiers can significantly reduce pollutants in the air, the resulting improvements in symptoms, medication use, vitals and doctor visits have sometimes been more slight.

For example, one study among children with asthma identified scores of medication use that were roughly 0.22 points lower among air purifier users (6.9 versus 7.12), which means medications were used less during air purifier operation. Additionally, another study found that air filtration was associated with a four-point reduction in systolic blood pressure.

These may not be large numbers, but they are statistically significant. And for people experiencing these health concerns or living in more polluted environments — such as near wildfire-prone regions — every little bit matters in terms of quality of life.

Considering that the average person spends about 90% of their time indoors, it makes sense that families would want to improve their indoor air quality with an air purifier. And for the most part, the data backs up that move — even if the health benefits may be modest.

However, if you're shopping for an air purifier, there are a few things to know before splurging on the one with the best-sounding claims. For one thing, air purifiers are good at reducing smaller particles in the air, but not necessarily at reducing larger particles that settle on surfaces — like the dust, pet dander or pollen that can lead to allergic reactions.

Also, there have been questions surrounding the safety of certain new technologies like ionizing devices and ozone generators. For this reason, experts recommend traditional filtration purifiers, including those that use activated carbon filters.

Ultimately, air purification is just one tool for improving air quality. To see the maximum benefit, it's also important to control indoor pollutants and ventilate indoor areas. With those three boxes checked, you'll be well on your way to cleaner, fresher air.

May 20, 2022
How HCA Houston Healthcare is revolutionizing stroke and aneurysm care in Kingwood
Previous Post

Types of pregnancy complications at different ...

April 20, 2022
Depending on your age, you may be at risk for varying pregnancy complications, including preeclampsia and gestational diabetes.
Next Post
Back to blog home

8 common men's health issues to watch out for

Colorectal cancer didn't have me

How to support someone with an eating disorder