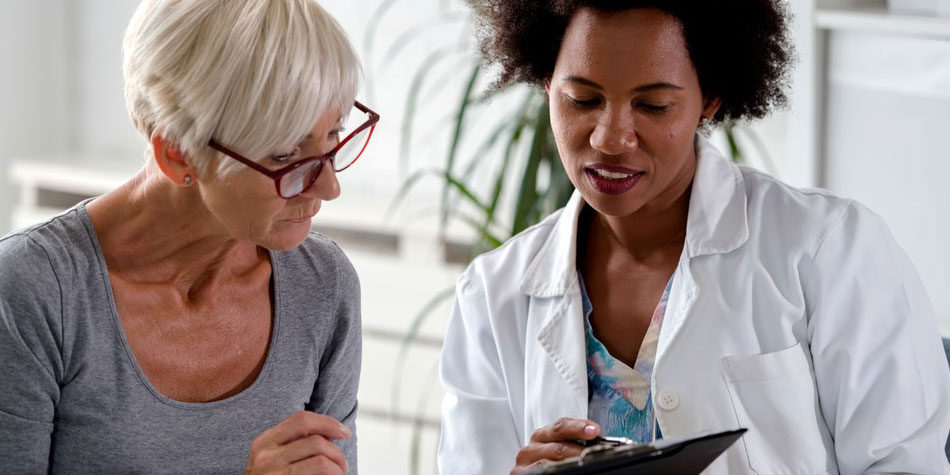 Sarcoma is a rare type of cancer that arises in the musculoskeletal system. Unlike carcinoma – the most common type of cancer, which arises in organs such as breasts, prostates and the gastrointestinal tract – sarcoma is generally less understood, and the rarity of sarcoma can make it more difficult to recognize and diagnose. Here's what you should know about sarcoma.

What is sarcoma, and how is it different from carcinoma?

Cancer is named for the place where it starts, even if it metastasizes (spreads) to other parts of the body. For example, lung cancer is still lung cancer even if spreads to nearby lymph nodes or the adrenal glands.

Sarcoma is a general term for a group of about 70 different types of cancers that start in mesenchymal cells, which are cells that develop into connective or lymphatic tissue and blood vessels.

"Sarcoma is a cancer that arises in the musculoskeletal system, in the connective tissue of the body, including bone, muscle, fatty tissue and nerve tissue," says Dr. Daniel Lerman, orthopedic oncologist with the Institute for Limb Preservation at Presbyterian/St. Luke's Medical Center, a part of Sarah Cannon Cancer Institute and HCA Healthcare. Sarcomas can occur anywhere in the body but are most common in the arms, legs, chest and abdomen.

What are the signs and symptoms of sarcoma?

One of the most common signs of bone sarcoma is pain that's more evident when you're at rest or trying to sleep, Dr. Lerman says. Alternatively, soft tissue sarcomas are usually painless, even when they grow larger.

"We occasionally see pain with soft tissue sarcomas that arise around specific joints in the body, but that's likely due to discomfort in the joint because of the mass, and not pain from the mass itself," he says. If you notice a growing mass on your body, that could be a sign of soft tissue sarcoma.

What causes sarcoma, and what are the risk factors?

There isn't a clear cause of sarcoma; some sarcomas occur when an individual cell takes on multiple mutations and develops a cancerous behavior. Other sarcomas occur when chromosomes get misaligned or mismatched during cell division. These are known as translocation-based sarcomas.

There is no specific known risk factor for sarcoma, Dr. Lerman says. However, some factors that can increase risk include:

Men and women develop sarcoma equally, although it represents only about 1% of cancers in adults. However, sarcoma accounts for 15% of childhood cancers. "Adults get more cancer, so it's proportionally less common," says Dr. Lerman. "Kids get less solid cancers, so proportionally osteosarcoma is more common in children. Adults get more solid cancers in other tissue sites."

What are the treatment options for sarcoma?

Soft tissue sarcomas are typically treated with a combination of radiation therapy, surgery and sometimes, chemotherapy. For bone sarcoma, the main treatment is surgery and possibly chemotherapy, depending on the subtype.

What precautions can people take to reduce their risk?

Anyone can develop sarcoma, which means it is important to advocate for yourself in the healthcare system. "Because sarcomas are rare, most providers don't consider them and therefore, oftentimes there is a delay in diagnosis," Dr. Lerman says. Some patients report having their masses or long-standing pain dismissed without getting an imaging test to determine the cause.

"If you notice a painless mass that's enlarging somewhere on your body, or if you have persistent pain that occurs at night and wakes you up from sleep, it is important that you speak with your doctor immediately to discuss testing," says Dr. Lerman. "This may include having some sort of advanced imaging, such as an MRI."

Depending on your insurance, your conversation may start with your primary care provider before you are referred to an orthopedic surgeon or oncologist.

July 13, 2022
Prolonged exposure to the sun can take a toll on your skin, from sunburn to wrinkles to skin cancer.
Next Post
Back to blog home

Colorectal Cancer: When should you start screening?